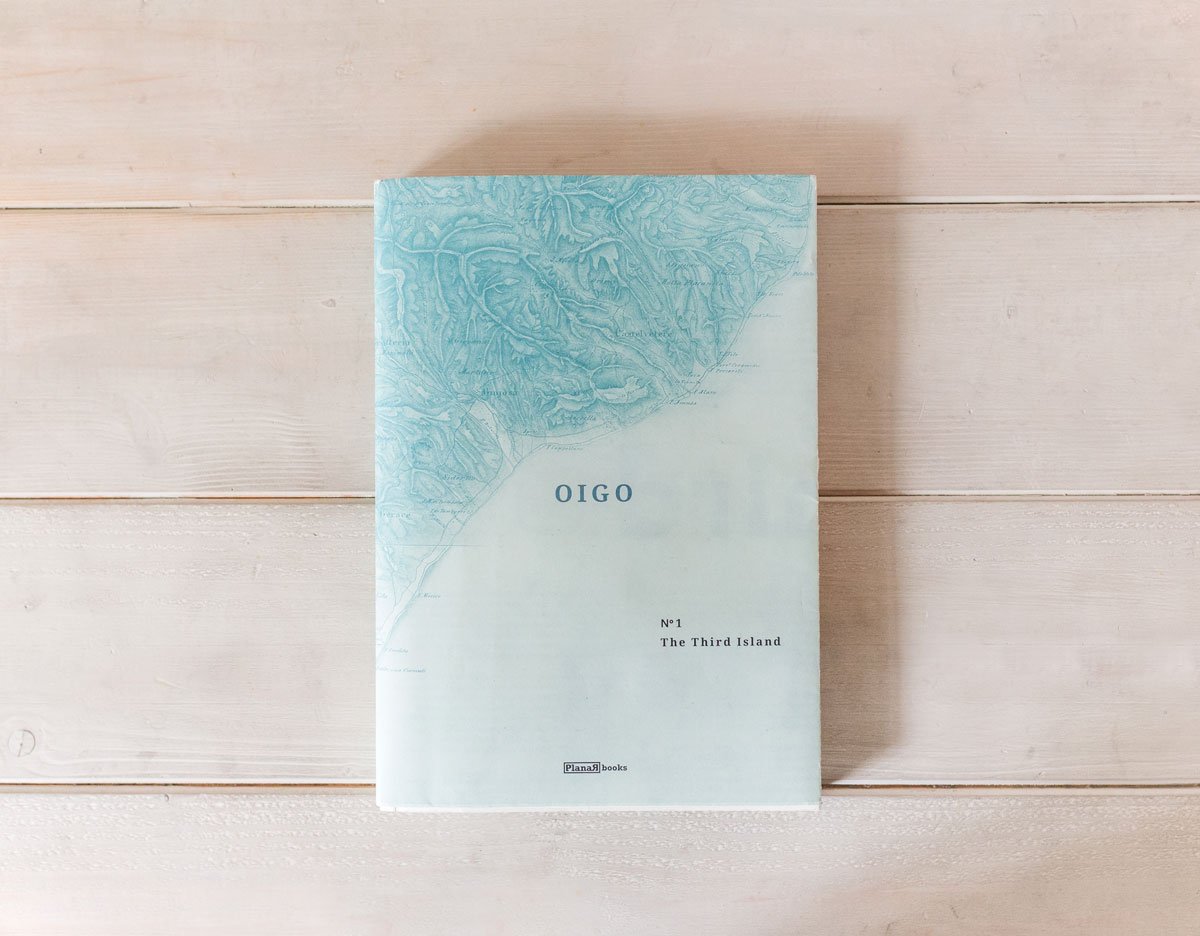 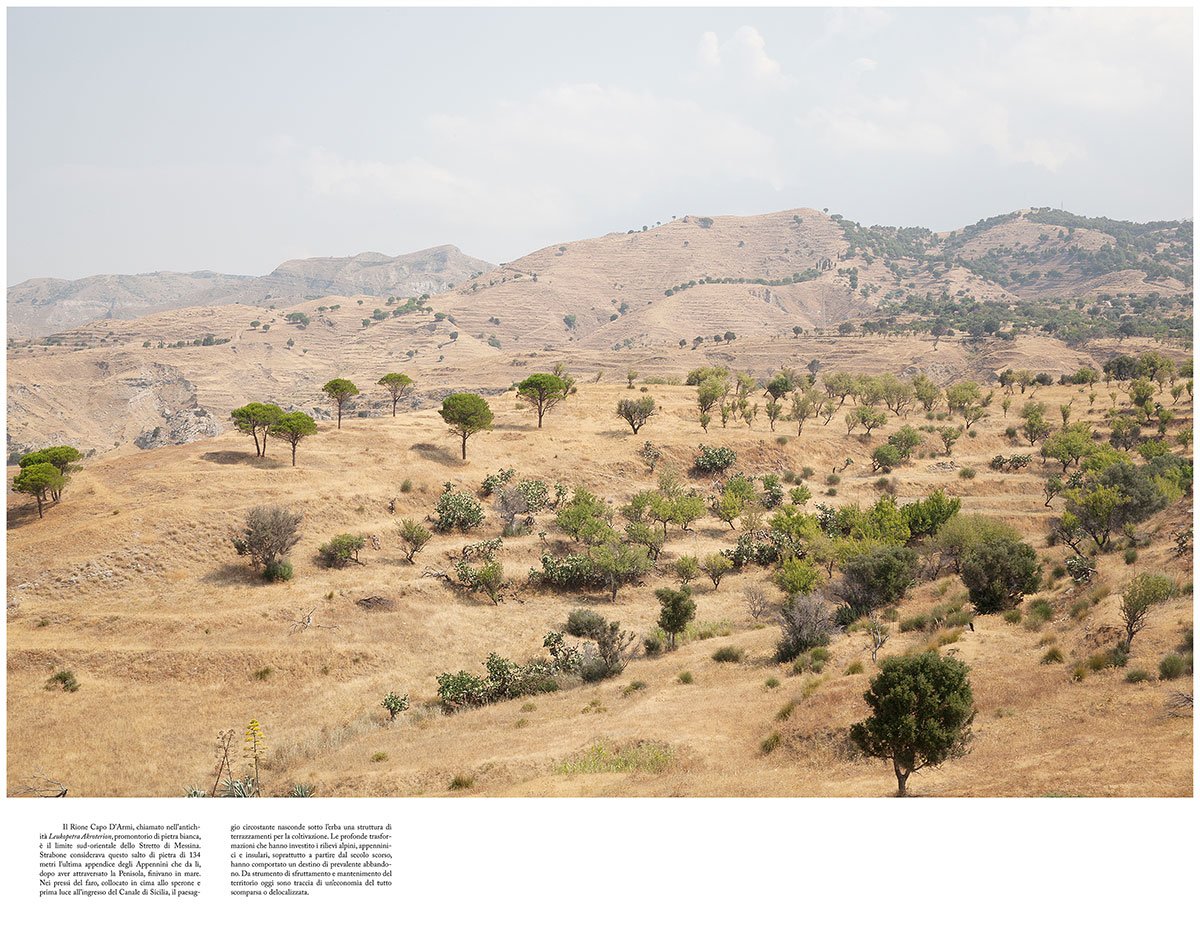 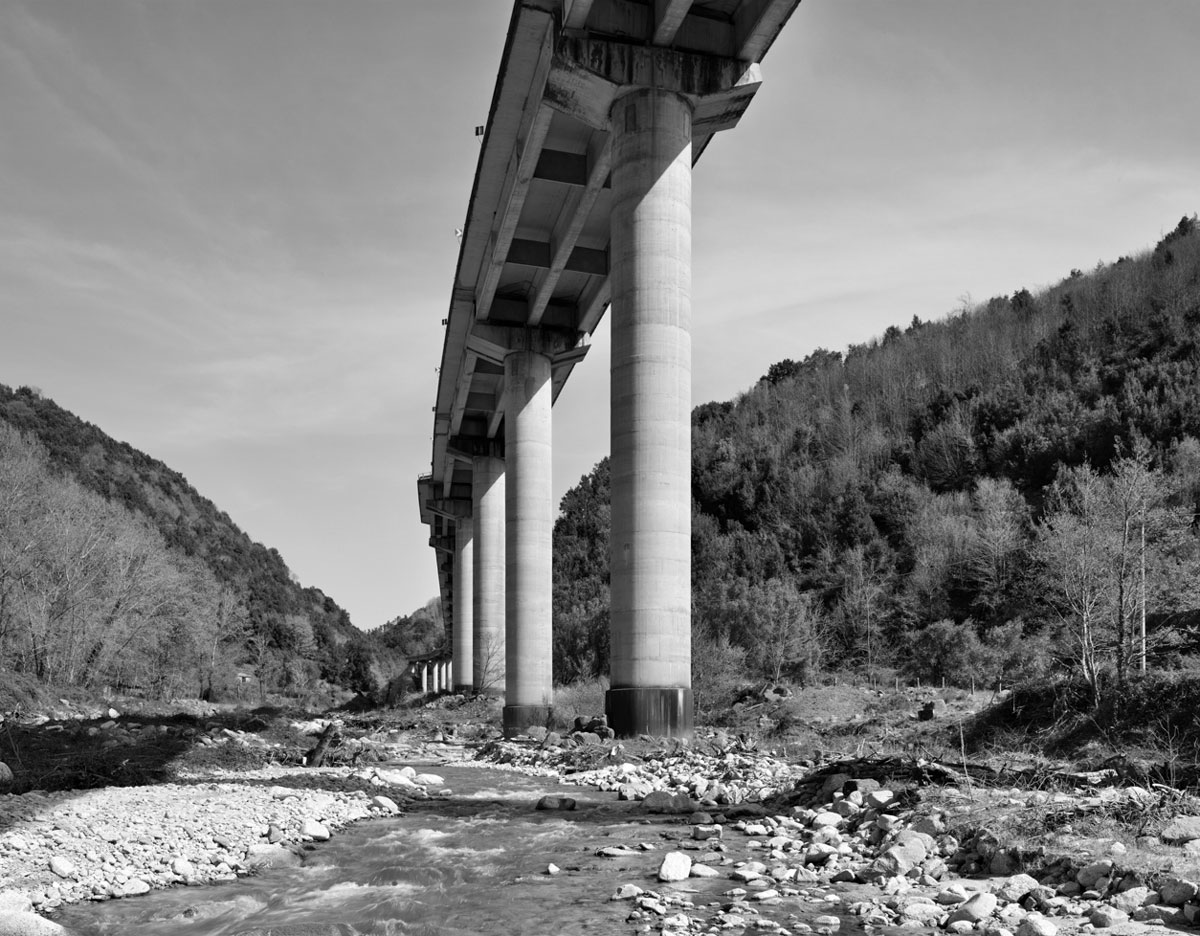 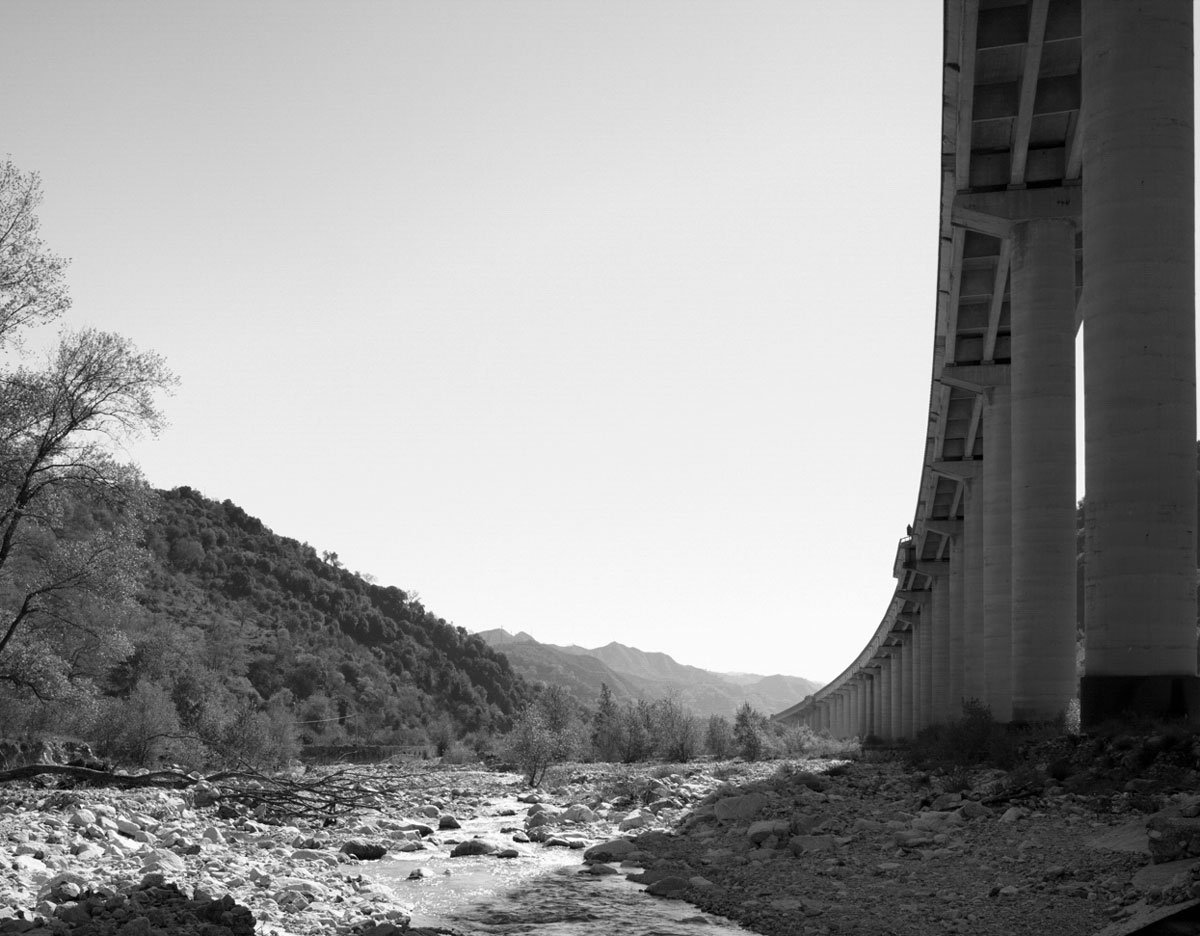 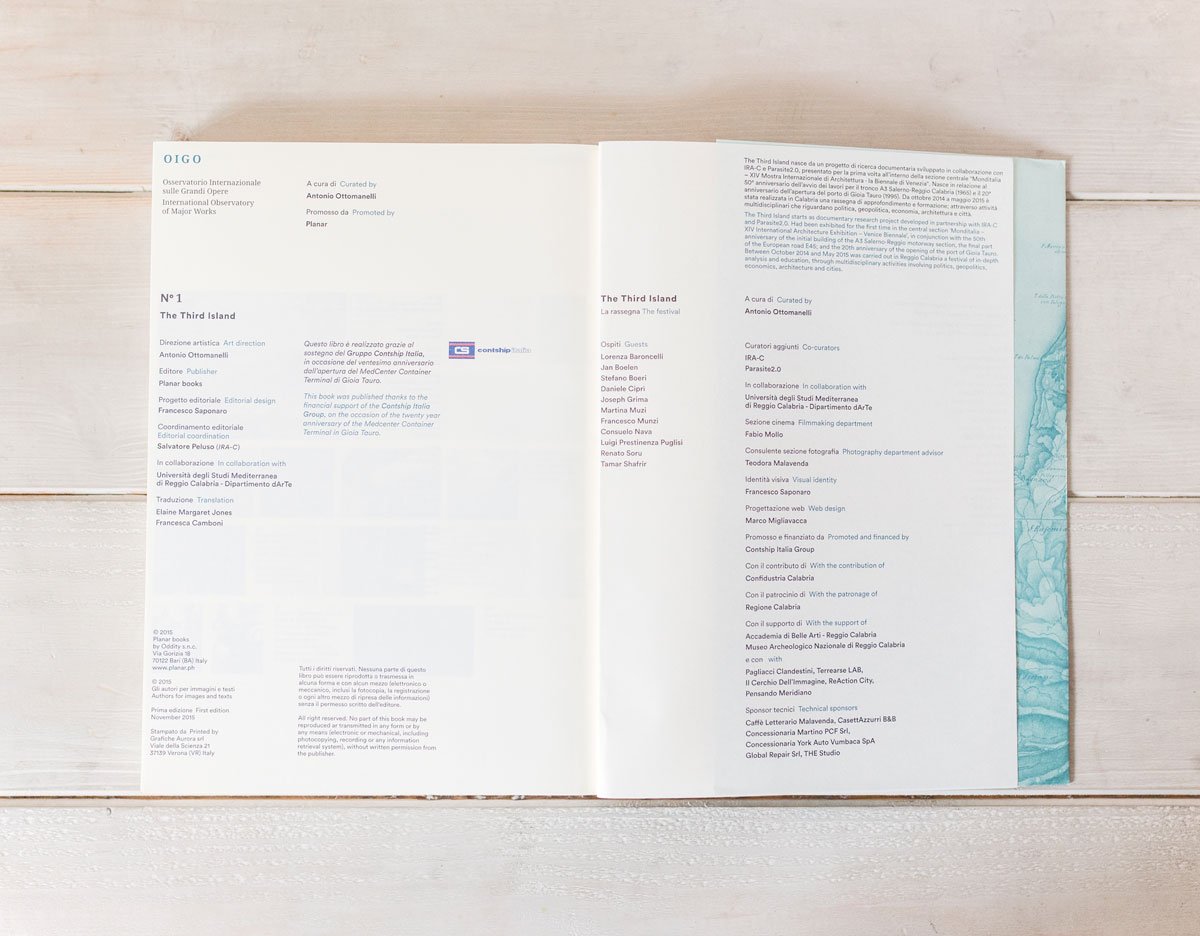 The Third Island Ag ’64 ’94 ’14 is a project by Antonio Ottomanelli, which was developed in collaboration with IRA-C and Parasite2.0 and presented for the first time in 2014 in the central section of the Monditalia – 14th International Architecture Exhibition – the Venice Biennale.

Inspired by two important anniversaries—the start of construction on the new Salerno-Reggio Calabria freeway (1964) and the opening of the port of Gioia Tauro (1994)–it envisioned and produced an annual cycle of activities and events in Reggio Calabria, with the the objective of promoting a broad and interdisciplinary historical reflection on the subject of major works in Italy.

Calabria has become the reason and the symbolic champion for an analysis of the contemporary state of the landscape, understood not only in the physical but also in the anthropological sense of the word.

The review was completed by an impressive photographic campaign conducted by 11 photographers, who were accompanied by journalists, activists, and local entrepreneurs. During one year, they traveled through the Calabrian territory collecting testimonies, stories and landscapes. The material produced is gathered and published in the book OIGO N ° 1 – The Third Island published by Planar Books.

This website uses cookies to provide you with a better browsing experience. Continue to use it as normal if you're happy with this, or find out how to manage cookies.OkRead more